It looks like SLR relief is ending, even as the Fed is set to continue turbo QE. A bank’s balance sheet is like an office building – it can only accommodate so many tenants, and the bank wants the best tenants it can get. The size of the building is set by the leverage ratio, and tenants are judged by metrics that include their commercial value and costs. Right now there are many more potential tenants than vacant offices, so banks maximize returns by forcing the least profitable tenants out. As discussed before, banks will use negative rates to do this. The Liquidity Coverage Ratio (“LCR”) is one of the key metrics banks use to assess the costs of their tenants. In this post I sketch out why banks will push some deposits outs, how deposits are judged under the LCR, and where those deposits will end up.

The Board announced last Friday that the temporary exclusion of Treasuries and reserves from BHC level Supplementary Leverage Ratio (“SLR”) would expire as scheduled at the end of March (the announcement also hinted at potential future relief, pending further study). Right now the Fed is pumping around $120b per month of reserves into the banking system – a staggering annual rate of $1.4t when the on-shore commercial banking system size is around $21t. Note that while only GSIBs are under the SLR, all banks are bound by a Tier 1 leverage ratio of 4%. It’s not clear that either leverage ratio is binding now, but the pace of purchases suggests that it eventually would be for at least some banks. Remember, banks always aim to be comfortably above regulatory minimums, so their capacity to hold additional reserves is always less than their theoretical maximum.

Some banks have suggested they would raise capital to have more balance sheet space under their leverage ratios. But that is very unlikely, as a bank would not raise capital just so they can hold more reserves yielding 0.1%. Even at 20x leverage (and 0% interest paid on deposit liabilities), that is a 2% return on equity when investors in banks typically target 10%. This would be like building a new office building and filling it with non-profit tenants (not very profitable). To maximize profits, banks will “right size” their balance sheets and trim low yielding reserve assets by reducing their most costly deposit liabilities. Deposit costs to a bank are not simply interest expenses (which are virtually 0% now), but also regulatory costs.

The domestic GSIBs will likely reach balance sheet limits first as they are under the more stringent SLR and also a natural destination for deposits due to the extensive services they can offer. Domestic GSIBs are also the most heavily regulated, falling under the infamous GSIB surcharge (mostly calculated in Q4) and the standard LCR (a more lenient modified version applies to smaller banks). This suggests the that GSIBs will be the first to ‘right size’ their balance sheets, and they are likely to begin by pushing out deposits that are most costly under the LCR.

While the SLR is a constraint on the size of a bank’s balance sheet, the LCR is a constraint on its composition. The purpose of the LCR – a post-Crisis Basel III regulation – is to make a bank more resilient to bank runs, so it forces banks to hold high quality liquid assets (“HQLA”) like reserves or Treasuries in proportion to the stability of their liabilities. In theory, a bank should be able have enough HQLA to meet outflows over a 30 day stress period. The 30 days of outflows are mechanically calculated according to assumptions set by the LCR. For example, secured deposit are assumed to have lower outflows than unsecured deposits because a secured depositor is protected by his collateral interest. The more LCR unfriendly deposits a bank holds the more more low yielding HQLA it must also hold. This crimps the bank’s profitability.

Under the LCR the most stable deposits a bank can have are insured retail deposits, as they tend to stay put even when the market crashes. After retail deposits, operational deposits are most stable. Operational deposits are essentially working capital for corporations – deposits used for payroll and other routine payments. The most unstable deposits are unsecured short-term deposits due to financial sector entities (eg bank/insurance company/investment fund), who are assumed to run at the hint of any distress. In general, the assumed stability of a deposit varies according to its tenor, security interest, counterparty type and its classification as operational.

As GSIBs ‘right size’ their balance sheet, they will first pushout wholesale unsecured deposits and non-operational deposits (everyone else should be safe from negative rates). These unfavorable deposit types are essentially excess liquidity held by sophisticated investors, who are credit and rate sensitive (which is why the deposits are considered flighty). When their current bank calls them and tells about new fees and/or negative deposit rates, the depositors will likely shift within the money market space. They have two places to go.

Destination 1: The ON RRP

The ON RRP is a bottomless outlet for excess liquidity in the financial system. In a sense, it is a big checking account provided by the Fed where ON RRP eligible investors (mostly money market funds) can park their money risk-free at the ON RRP offering rate (currently 0%). Through arbitrage relationships, the ON RRP keeps overnight rates from dropping below the ON RRP offering rate no matter how much liquidity is added into the system. It was designed for scenarios like the current environment. The ON RRP’s maximum counterparty limit was recently raised from $30b to $80b, so the pipes are already in place in case of a deluge. [Note: public filings from Form NMFP show that the prior $30b counterparty caps were not close to binding for virtually all counterparties, even when participation reached all time highs of almost $500b on year-end 2016.]

Risk averse depositors can move their money into government money funds, who may place it into the Fed’s RRP facility at 0%. Participation in the ON RRP has ticked up a bit over the past week, but is still at historically low levels. Money funds have even waived fees so their investors will not have effective negative yields (ie 0% investment return plus management fees). But fund managers aren’t in the charity business and eventually they will have to charge something or at least close their fund to new investors. This means negative effective yields may be on the horizon. A surge in bill issuance may provide a temporarily reprieve by pushing money market rates higher, but front-end liquidity is only increasing as long as QE is on going.

Those unable to stomach 0% (or less) returns from government money funds will move their money to another bank, but likely through prime money market funds. Prime funds help investors manage credit risk through diversification by investing in a number of banks, and have long standing relationships that allow them to more easily find banks that are willing to accept deposits. This could be regional or small domestic banks, but are usually the U.S. branches of large foreign banks. These banks have lower balance sheet costs than domestic banks in part because they do not pay FDIC insurance fees, which is around a few bps. They are also comparable in sophistication to domestic GSIBs

At the moment, 3M LIBOR is around 20bps and OBFR (the interest on an overnight unsecured deposit) is around 7bps. These are both historically low yet comfortably above the 0% ON RRP and 1bps SOFR (the interest on an overnight Treasury backed repo). However, those yields are meagre on an absolute level and may not compensate for credit risk. There was also that moment just last year when there was a run on the prime funds that prompted Fed intervention. Prime fund AUM may tick up if negative Govie fund returns become more common, but they haven’t shown signs of that yet.

At the moment it looks like incremental flows are choosing Option #1, going into government money funds, and then the ON RRP. The system appears to be working, with the ON RRP effectively acting as an outlet and floor at least for repo rates and Fed effective. Bill yields may go negative, but the ON RRP was never a floor for bills and there likely isn’t much that could be done. 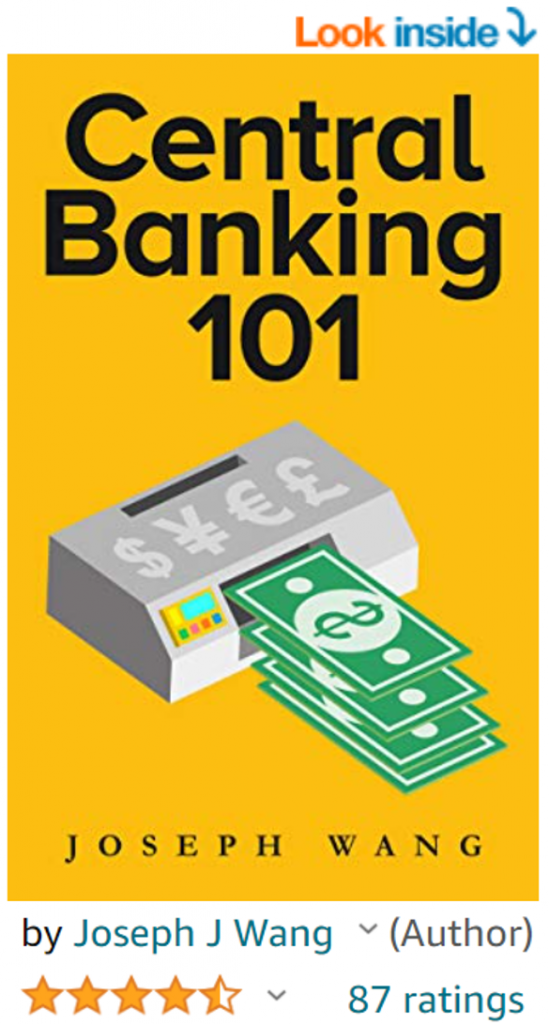