The Fed’s control over interest rates can also be viewed as control over the quantity of a certain type of money. The mere prospect of rate hikes mechanically reduces the market value of Treasuries, which are widely held as money like safe assets. The declines in value are net losses to the financial system that are also unevenly distributed and cannot be hedged system wide. The losses are further transmitted across asset classes as diversified investors rebalance their portfolios by selling other assets. When investors are leveraged and markets are fragile, the rebalancing can lead to significant market volatility. In the coming months the Fed may place further upward pressure along the entire curve by signaling more hikes and aggressive quantitative tightening. In this post we review the mechanics of rate transmission, show how its impact is magnified by high debt levels, and suggest an increasingly aggressive Fed would repeat the 2018Q4 meltdown in risk assets.

The Fed is raising rates across the curve through two mechanisms: hiking overnight rates and quantitative tightening. Market participants understand that the Fed controls overnight interest rates so they price short to medium term rates based on the expected path of overnight rates. Mechanically, the hikes are priced in by lowering the market value of Treasuries maturing over the next few years. Fed communication thus far has shepherded the market to expect a series of rate hikes ending with a policy rate of around 2.25%. That would be a historically low terminal rate, and former Fed officials suspect that there is upside risk to that expectation.

Fed deploys balance sheet policies to influence longer dated interest rates, which are largely driven by supply and demand dynamics. QE exerts downward pressure on longer dated rates by boosting Treasury prices through outright purchases. There is limited consensus on the impact of QE, but buying $5.7 trillion of anything usually raises its price. QT ends this source of demand and effectively increases the supply of Treasuries to the private sector, which would place downward pressure on their prices. Even without QT, Treasury already projects a historically high ~$2t in issuance this year. QT would further increase supply and potentially lead to a deeper sell off in longer dated Treasuries.

The impact of higher rates is magnified by the historically high level of public debt in the financial system, as higher debt levels imply higher levels of losses. Unlike private sector debt, losses from public debt are net losses to the financial system. Private sector debt is a zero sum transaction where losses by the lender are balanced by gains to the borrower. Wealth is redistributed, but the total level is unchanged. Public sector debt is different because the losses of lenders end up as gains on the balance sheet of the sovereign, who does not care about its wealth. The Federal government will not tax less or spend more because it is wealthier. Note that hedging can transfer these losses among borrowers, but it does not reduce the total loss borne by the private sector.

The losses on Treasuries flow through the financial system as diversified investors rebalance their portfolios. The assets managed by these investors are vast and include the ~$2t target date complex, hundreds of billions under risk parity strategies and parts of the multi-trillion self managed retail accounts. Monetary tightening effectively haircuts the asset levels of all these investors and leads them to sell other assets to rebalance. In addition, many leveraged investors that pledge their Treasuries as collateral for derivative transactions or other risk assets may be forced to shrink their positions.

This selling takes place when market depth across asset classes has not come close to scaling with the surge in asset prices. The resulting market fragility can already be seen in trillion dollar companies trading like penny stocks. In late 2018, a market implied terminal rate of ~3% was enough to implode all risk assets. We might still get to that level in the coming months and further top it off with aggressive quantitative tightening.

Raising rates is tricky in a world when the fulcrum asset is a fixed rate security. If it makes sense to have a “Fed put” on the S&P 500, it makes even more sense to have a put on the systemically important Treasury market. As some central bank officials have suggested, it may be a good idea to maintain a bit of quantitative easing as soft support for asset prices while rate hikes occur. Such an approach might allow for a more orderly reduction in monetary accommodation. The Fed does not appear to think this way, but one more meltdown might change its mind. 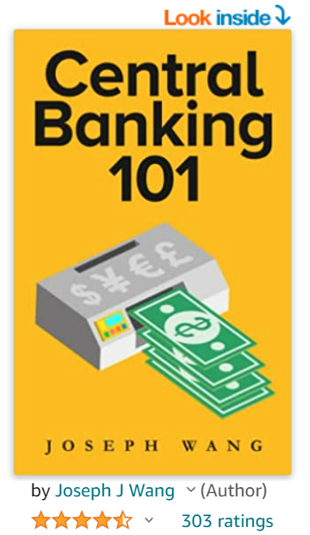